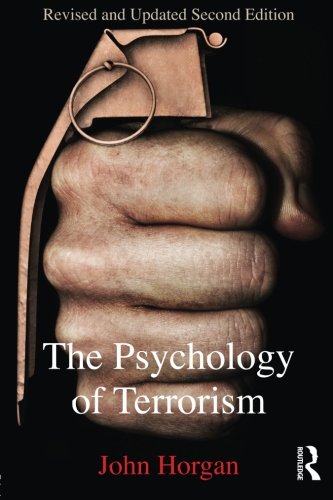 The book presents a critical analysis of our existing knowledge and understanding of terrorist psychology. Despite the on-going search for a terrorist pathology, the most insightful and evidence-based research to date not only illustrates the lack of any identifiable psychopathology in terrorists, but demonstrates how frighteningly ‘normal’ and unremarkable in psychological terms are those who engage in terrorist activity. By producing a clearer map of the processes that impinge upon the individual terrorist, a different type of terrorist psychology emerges, one which has clearer implications for efforts at countering and disrupting violent extremism in today’s world.

In this 2nd edition, Horgan further develops his approach to the arc of terrorism by delving deeper into his IED model of Involvement, Engagement and Disengagement – the three phases of terrorism experienced by every single terrorist. Drawing on new and exciting research from the past decade, with new details from interviews with terrorists ranging from al-Qaeda to left-wing revolutionaries, biographies and autobiographies of former terrorists, and insights from historic and contemporary terrorist attacks since 2005, Horgan presents a fully revised and expanded edition of his signature text.

This new edition of The Psychology of Terrorism will be essential reading for students of terrorism and political violence, and counterterrorism studies, and recommended for forensic psychology, criminology, international security and IR in general.