In sport, and sport coaching more specifically, the connection  between  coach  and  athlete  is  instrumental  for  optimal  functioning,  be  it  physical, psychological,  mental,  or  social.  In  fact,  there  is strong evidence to suggest that success in sport is the product of the combined interrelating between the coach and the athlete. Athletes are unlikely to produce top-level performances without the direction  and  encouragement  of  their  coaches,  and coaches are unlikely to be successful without their athletes’ hard work, commitment, and enthusiasm. Thus,  coaches  and  athletes  who  are  locked  into a  relationship  that  is  harmonious  and  stable  are also more likely to achieve sport success (e.g., skill development, tactical awareness, trophies, medals) and make the journey to success more pleasurable, satisfying, and personally fulfilling.

Interdependence theory (IT) is an important framework for understanding the processes of personal and  social  relationships  including  a  central  relationship in sport—namely, the coach–athlete relationship. It focuses on how those in relationships, such  as  coaches  and  athletes,  cause  one  another to  experience  positive  versus  negative  outcomes. Positive outcomes are reflected in the rewards the relationship  and  its  members  experience  such  as happiness, gratification, and pleasure while negative  outcomes  are  reflected  in  the  costs  the  relationship  and  its  members  experience,  such  as anxiety, conflict, and antagonism. Interdependence is  a  fundamental  element  because  it  can  affect how,  for  example,  a  coach  and  an  athlete  influence one another’s outcomes through the processes of  exchanging,  communicating,  and  interacting. Moreover, these processes allow relationship members to understand themselves and one another.

Interdependence in the Coach–Athlete Relationship

The  notion  of  interdependence  in  the  coach– athlete  relationship  was  recently  captured  by  the constructs  of  closeness,  commitment,  complementarity,   and   co-orientation,   known   in   the literature as the 3 + 1 Cs model. Closeness represents  coaches’  and  athletes’  affective  bond  and  is reflected  in  such  relational  properties  as  mutual trust,  respect,  appreciation,  interpersonal  liking, as well as emotionally caring and supporting one another. Commitment represents coaches’ and athletes’ thoughts of maintaining an athletic partnership that is close over a long period of time (e.g., the emphasis is on staying near to each other physically  or  symbolically;  to  want  to  coach  the  athlete  or  be  coached  by  the  coach  now  and  in  the future).  Complementarity  represents  coaches  and athletes’  behavioral  exchanges  that  are  (a)  affiliative  and  corresponding,  such  as  members  being friendly,  responsive,  and  comfortable  in  each other’s  presence,  and  (b)  organized  and  reciprocal,  such  as  members  assuming  their  specific  and respective roles in a suitably and effective manner (e.g., coach instructs and athlete executes). Finally, co-orientation reflects the degree to which athletes and  coaches  are  perceptually  similar  (i.e.,  have a  similar  understanding  as  this  may  relate  to  the relationship and its outcomes). The 3 + 1 Cs model provides  a  conceptual  and  operational  model  to study  the  degree  to  which  relationship  members are interdependent.

Degree  of  dependence  reflects  the  extent  to which an athlete depends on his or her coach and, thus,  the  degree  to  which  an  athlete’s  outcomes depend on his or her coach’s actions. Dependence is a psychological significant relational characteristic that can exert positive and negative effects on the coach and the athlete as well as their relationship. Research  has  shown  that,  for  example,  coaches’ and athletes’ dependence on each other in terms of the 3 + 1 Cs can promote open channels of communication and self-disclosure, skill and performance development,  physical  self-concept,  motivation, passion,  team  cohesion,  collective  efficacy  (CE), and  well-being,  to  name  a  few.  However,  coach– athlete  dependence  can  also  have  negative  consequences. For example, low levels of dependence in terms of the 3 + 1 Cs have been found to be detrimental  to  athletes’  morale,  performance,  satisfaction  of  basic  psychological  needs,  and  well-being. In this case, athletes and coaches would appear to be  uncomfortably  dependent  on  one  another  and more often than not they perceive one-sided dependence (caused by situational factors such as power struggles and/or individual difference factors such as personality, age, maturity).

Mutuality  of  dependence  describes  the  extent to  which  a  coach  and  an  athlete  are  mutually rather  than  separately  dependent  on  one  another for  generating  enjoyable  or  fulfilling  outcomes. Healthy,  harmonious,  and  stable  coach–athlete relationships  as  characterized  by  the  3  +  1  Cs are  expected  to  involve  a  considerable  degree  of mutual  dependence  (e.g.,  we  support  each  other) rather  than  one-sided  dependence  (e.g.,  I  support him, but he doesn’t support me). Mutually dependent  relationships  and  interactions  tend  to  yield rewards.  There  is  evidence  in  the  literature  that when coaches and athletes are mutually dependent (both  relationship  members  experience  and  perceive  mutually  high  levels  of  3  +  1  Cs),  personal and  interpersonal  rewards  are  yielded.  However, when  coaches  and  athletes  have  been  found  to be  nonmutually  dependent,  upset  and  discomfort were more readily experienced. In one study, it was found that athletes feel less dependent and satisfied with the relationship (while coaches may continue to feel highly dependent and satisfied), when they perceive that their coaches’ resources (e.g., experience, skills, knowledge) are depleting or their self-interests lie elsewhere (e.g., more emphasis is given to other athletes in the team or squad).

Basis of dependence describes the way in which coaches   and   athletes   influence   one   another’s outcomes  or  whether  dependence  results  from, for  example,  one’s  member  control  (e.g.,  coach). There are many empirical and anecdotal examples that highlight coaches’ power to have control over their athletes, but there are also examples whereby both  coaches  and  athletes  have  joint  control over  each  other’s  outcomes.  Coordinated  forms of  interaction  whereby,  for  example,  the  coach orchestrates the proceedings of training, instructs, and  supplies  advice  while  the  athlete  receives  the instructions and advice positively and responsively are  indicators  of  relationship  members’  comfort  with  the  basis  of  dependence.  If  discomfort was  experienced  due  to  a  member  being  unwilling  to  interact  in  a  coordinated  fashion  (instead interacted  in  a  one-sided  or  competitive  fashion) the  likely  result  would  be  poor  individual  and relationship  outcomes.  Finally,  correspondence of  interests  describes  the  extent  to  which  an  athlete’s and a coach’s actions yield rewards for both members in a corresponding fashion. While interaction  is  relatively  easy  when  both  a  coach  and an  athlete’s  interests  correspond  (e.g.,  we  want to win an Olympic title; we want to maintain an effective  and  successful  partnership),  interaction is  relatively  tricky  when  their  interests  conflict (e.g.,  Coach  wants  me  to  go  to  a  summer  camp but   I don’t; athlete never talks, opens up, shares news).  Correspondence  of  interests  may  range from perfectly correspondent to perfectly noncorrespondent and may be reflected by the degree to which  coaches  and  athletes  perceive  high  or  low and  corresponding  or  noncorresponding  levels  of the 3 + 1 Cs. An open channel of communication has been viewed as a major factor that leads to correspondence of interests and has been found to be a  major  contributor  to  enhancing  interdependent coach–athlete relationships.

From  an  IT  point  of  view,  coaches  and  athletes are  likely  to  be  both  attracted  to  a  relationship and  satisfied  with  it  as  the  rewards  associated with  the  relationship  increase  and  costs  decrease. The  research  evidence  to  date  suggests  that  more interdependent  relationships  (defined  by  the  3  + 1  C)  may  be  more  satisfying  because  they  fulfill basic  human  needs,  heighten  positive  affect,  and enhance self. The application of IT can provide a framework  to  understand  and  explain  important research questions that relate to complex processes within  the  phenomenon  of  the  coach–athlete relationship. 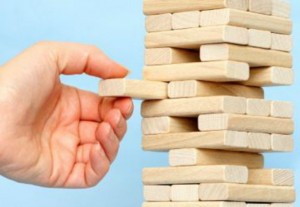