One of Karl Spearman’s (an important figure in the early work on intelligence) major works was titled The Nature of Intelligence and the Principles of Cognition (1923). Galton, Binet and Henri, Thurstone, and Guilford also published works regarding the concept of intelligence. Nonetheless, cognitive psychology was not identified as a part of psychology until the 1960s according to Kessel and Bevan. The authors of Plans and the Structure of Behavior (Miller, Galanter, and Pribram) and Cognitive Psychology (Neisser) wrote about mental events such as plans, sets, thoughts, imagery, memory rehearsal, stimulus codings, shortand long-term memory storage, and executive processing. An  information  processing  perspective  (Newell and Simon) was later developed in which cognitive problem-solving tasks were described as an integration of programs to process information and the senses. Williams’ Aptitude Test Taker program devised its own rules for solving inductive reasoning problems after being given examples. Pellegrino and Glaser stated two approaches of the research: (1) the cognitive correlates approach where relationships between tasks and intelligence test results are investigated, and (2) the cognitive components approach which focuses on revealing parts of  cognitive  tasks  found  in  cognitive  ability  tests. The cognitive components approach was described in Sternberg’s work in that he analyzed task performances into components. Carroll attempted to link cognitive ability with psychometrics and factor analysis. He performed subjective analyses of 24 factors of cognitive ability, which were described by Hunt in a distributive memory model. Carroll also referred to Newell’s statements about mental production systems.

After 1980, groups conducted similar studies. Vernon and Jensen performed studies demonstrating that intelligence tests have significant relationships with performance on reaction-time tasks. Their studies also showed intelligence test correlations with speed of performance on tasks that incorporated retrieving information from long-term memory. After working with Cronbach in studying aptitudetreatment interactions (ATIs), Snow worked on the study of aptitude processes. He worked on developing a theory for how aptitudes may interact with learning processes. Learners with different aptitude profiles may use different learning strategies, or need different types of instruction for learning success. Snow and Lohman published a summary of this work. Factorial reanalysis in studies of the more important types of abilities demonstrated known cognitive abilities and the kinds of tests and tasks that can be utilized to measure them. Future research should attempt to continue to interpret cognitive ability findings in terms of cognitive psychology concepts.

Gardner, Sternberg, and Das, Naglieri, and Kirby additionally developed cognitively oriented intelligence  theories.  For  example,  the  triarchic  theory of intelligence (Sternberg) and the theory of multiple intelligences (Gardner) described the external worlds of people and the creation of products that are valued by cultures. Both theories could be important to develop assessment more relevant to multicultural populations than traditional assessment. In addition, tasks measuring cognitive processes identified in Das and Naglieri’s Planning, Attention, Simultaneous, and Successive (PASS) theory could be important to help people with poor planning skills.

Definite trends do exist in test interpretation practice  and  are  outlined  by  Kamphaus,  Petoskey, and Morgan. In the early 1900s, psychologists emphasized assessment of a general intelligence level. After World War II and the development of the first of the Wechsler scales for children, interpretation was based predominantly on profile analysis. Specific profiles and subtest results often were associated with diagnosis. Profile analysis changed in the 1970s because of widespread use of factor analysis. Factor analyses yielded  the  familiar  Wechsler  Intelligence  Scale for Children—Revised (WISC-R), which was an alternative to interpreting subtest profiles or general intelligence levels. This psychometric approach to intelligence test interpretation included an emphasis on utilizing calculations to reveal significant profiles and factors.

If the purpose of cognitive ability assessment is to sample a behavior that represents a construct in order to make inferences about the construct, recommended by Anastasi, the process of interpretation has been limited by the lack of clarity of the definition of the construct being measured. Kaufman suggested that a problem results from a lack of theory being utilized in the test development process, and developed his Kaufman Assessment Battery for Children (K-ABC) as a solution. In the late 1980s, Woodcock further advanced the effort to increase the meaning of intelligence test results by applying the fluid/crystallized theory in the development of the Woodcock-Johnson Tests  of  Cognitive  Ability—Revised  (WJ-R).  The K-ABC and the WJ-R used factor-analytic means to form a set of subtests related to their theories, with two or more subtests used to measure a particular trait. Cronbach advocated such a process more than three decades ago, indicating that whether the operations that make up a test relate to a specific universe defines content validity.

Present test interpretation emphasizes theory as central to interpretation. John Horn (Gf-Gc theory) and John Carroll (three-stratum theory) are examples of researchers using theory as approaches to deriving score meaning. These theories will be expanded on in subsequent sections. Kamphaus developed an interpretative approach that utilizes both theory and research findings.

Horn and Noll state that common factors in cognitive ability tests are known as primary mental abilities (PMAs). PMAs include nine broad abilities, several of which appear to represent what has traditionally been called intelligence. This evidence of common factors, in addition to evidence demonstrating different patterns of change for the factors and evidence from neurological functioning and heritability, indicates that a single, unified concept of intelligence does not fully or properly represent human cognitive ability.

Horn and Noll also report evidence from different studies suggesting that the structural organization of intelligence relates to organization in the central nervous system, genetic and environmental influences,  and  age  differences.  No  broad  intelligence is fully predicted by a combination of the others. They are combinations of different genetic and environmental influences, and are affected by different factors, such as injuries, childrearing, and education. Different patterns of practice in individuals vary in intensity, length, and quality. Broad intelligences increase with learning, practice, and use, and without practice they decrease in strength, as well as with decreasing neurological base. During childhood, all broad intelligences increase. During adulthood, increases in Gc and long-term storage (TSR) are demonstrated, while Gf, short-term apprehension and retention (SAR), and Gs abilities decrease with age.

In the three-stratum theory of intelligence, abilities are categorized at three different levels or strata, including narrow (stratum I), broad (stratum II), and general (stratum III), which is represented by the psychometric “g” for general intelligence. The three strata that are part of the theory are not strictly defined. Instead, abilities are placed in general categories. The three-stratum theory follows a hierarchical model and should be thought of as an expansion of models developed by researchers such as Spearman, Holzinger, Thurstone, P. E. Vernon, R. B. Cattell, and Horn. Factors, at all strata, appear to relate to individuals’ real experiences that make up cognitive performances. Three-stratum theory is a theory of cognitive abilities that attempts to account for total range of cognitive performances. Three-stratum theory also presents an organization in which relationships between different variables can be interpreted.

Carroll reports that genetic influences are present from the research that correspond to a general (stratum III) intellectual factor and to other cognitive factors, such as the stratum II factors proposed in the three-stratum theory. The organization of cognitive abilities does appear to have important relationships with the organization of the brain and the central nervous system according to neuropsychological research. 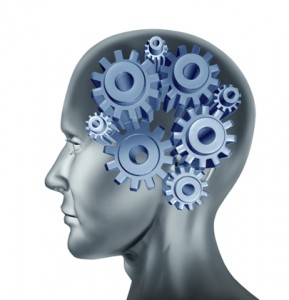